Chipping is the part of the game where it requires the player to use a variety of different clubs to elevate the ball over an area of rough ground on to the green surface.

The ball should travel roughly 20% in the air and 80% along the ground.

By using a variety of different clubs it will allow the player to control trajectory and distances required for the shot.

The player can use anything from a 4 iron to 9iron 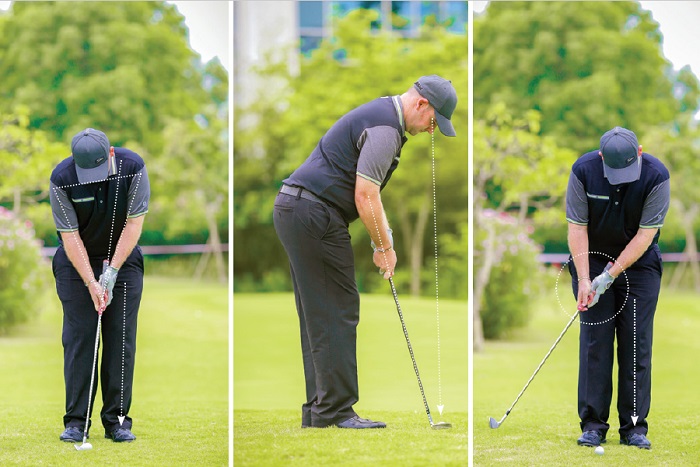 The chip put technique is very close to the method of that of the putting stroke, where the shoulders control the swinging of the club.

The hold of the club should be placed in the hands in a way that allows the hands to be very passive through the stroke. The club is placed into the palm of the left and right hands. The grip pressure will be very light, with will allow the club to swing freely.  By moving the hands slightly under it will allow the club to move into the palm and oppose each other. By doing this the club will feel quite locked in the hands. Also a good feeling will be that the right hand will be a mirror for the club face. 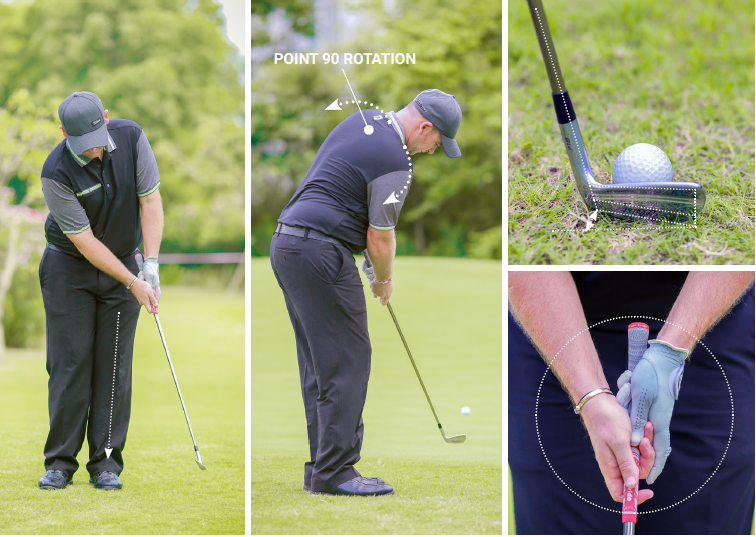 In the setup we want to move a little closer to the ball and we would like to get the eyes directly over the ball, specifically the left eye on top of the ball. The shoulders, forearms, knees and feet should be parallel to the target line, like a putt and the feet should be wide enough to promote good balance.

The hands will feel quite high in the setup and this will lead to the heel of the club being raised slightly off the ground. By striking the ball off the toe it will deaden the roll of the ball and this will benefit the player on very fast greens.

The mechanics of the stroke should be controlled by the rotating of the upper body and chest.